Kadanza has a powerful and flexible metadata management system. Some metadata, like file type, colorspace, or resolution, is shown below the asset's thumbnail. 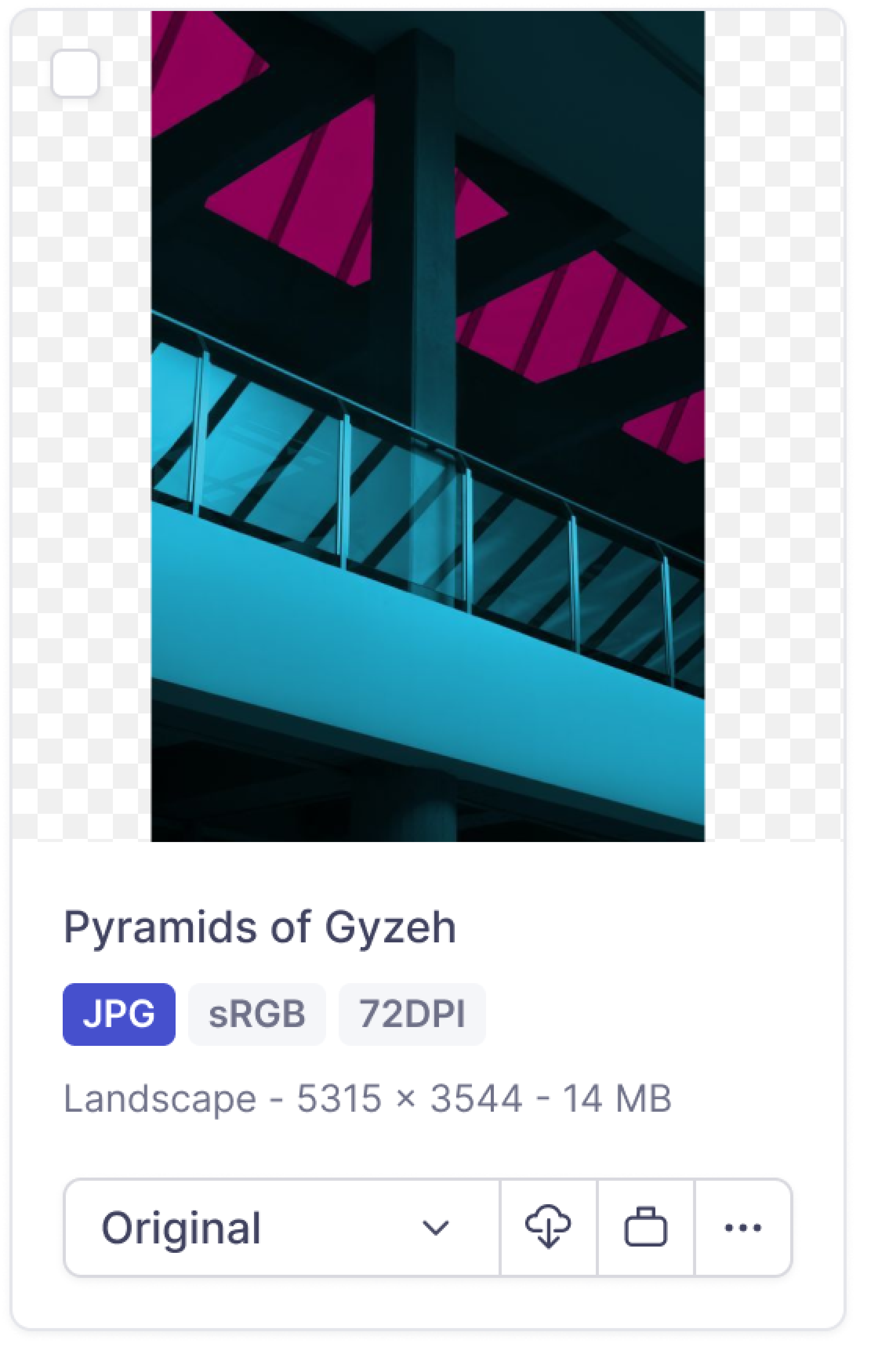 Other metadata can be seen when opening an asset in a detailed view. 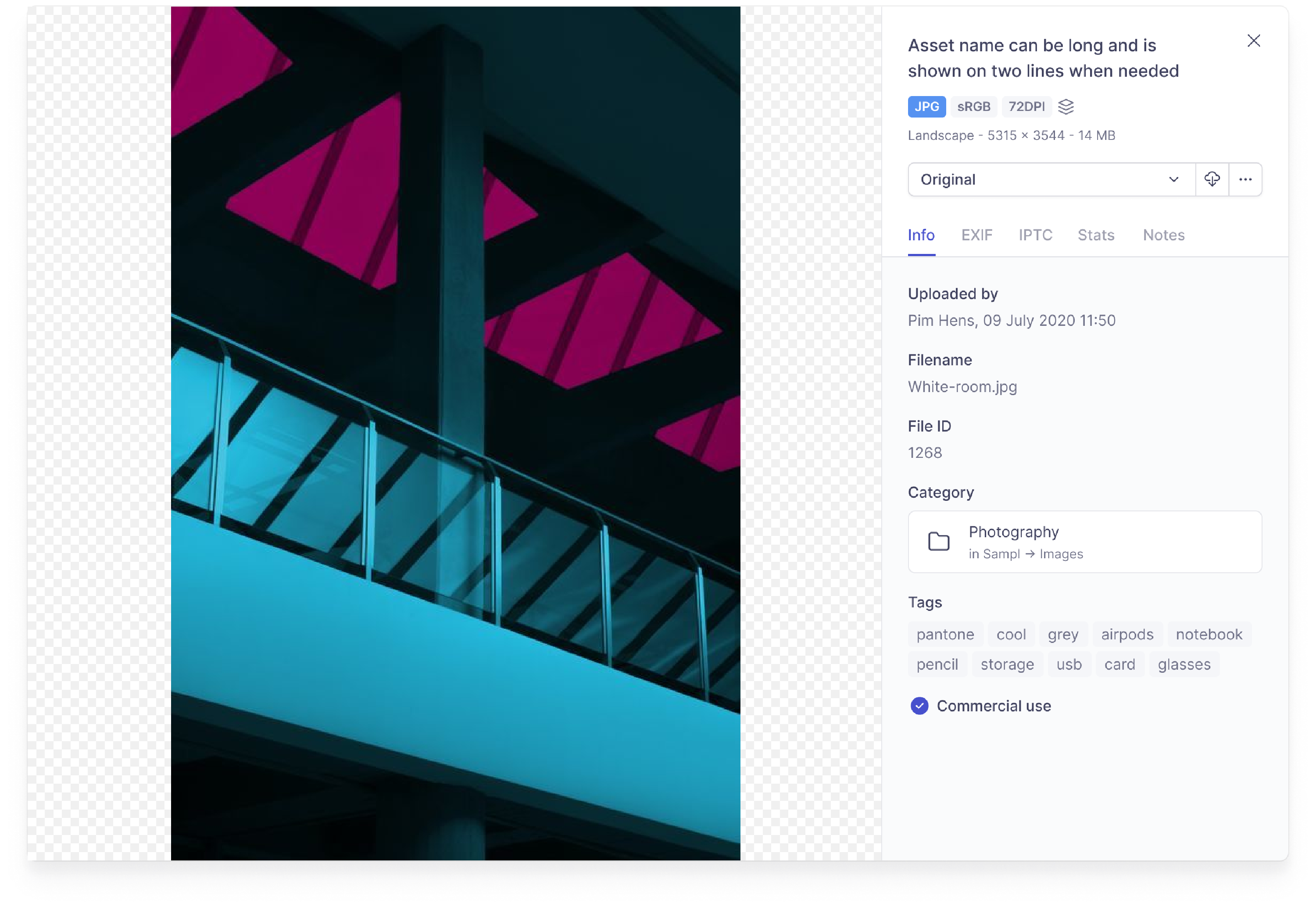 While uploading or editing assets, users are allowed to add or change metadata. Metadata, if used correctly, can help you organize your assets. Most metadata is also searchable to locate your desired asset even faster.

Users can search all metadata by using the general search bar or using the advanced search function.

Enrich your uploaded assets by adding metadata. By default, we recommend doing this asset per asset because it gives you a better overview of what you’re doing. It can also be done in bulk when you have multiple assets that need the same metadata values.

All the metadata tied to an asset is searchable, so the more you enrich your assets in the right manner, the easier it is to locate them later on.

When you click the three dots '…' of an asset and select  Edit, you can change all of the available metadata. Once open, the Edit asset modal looks something like this: 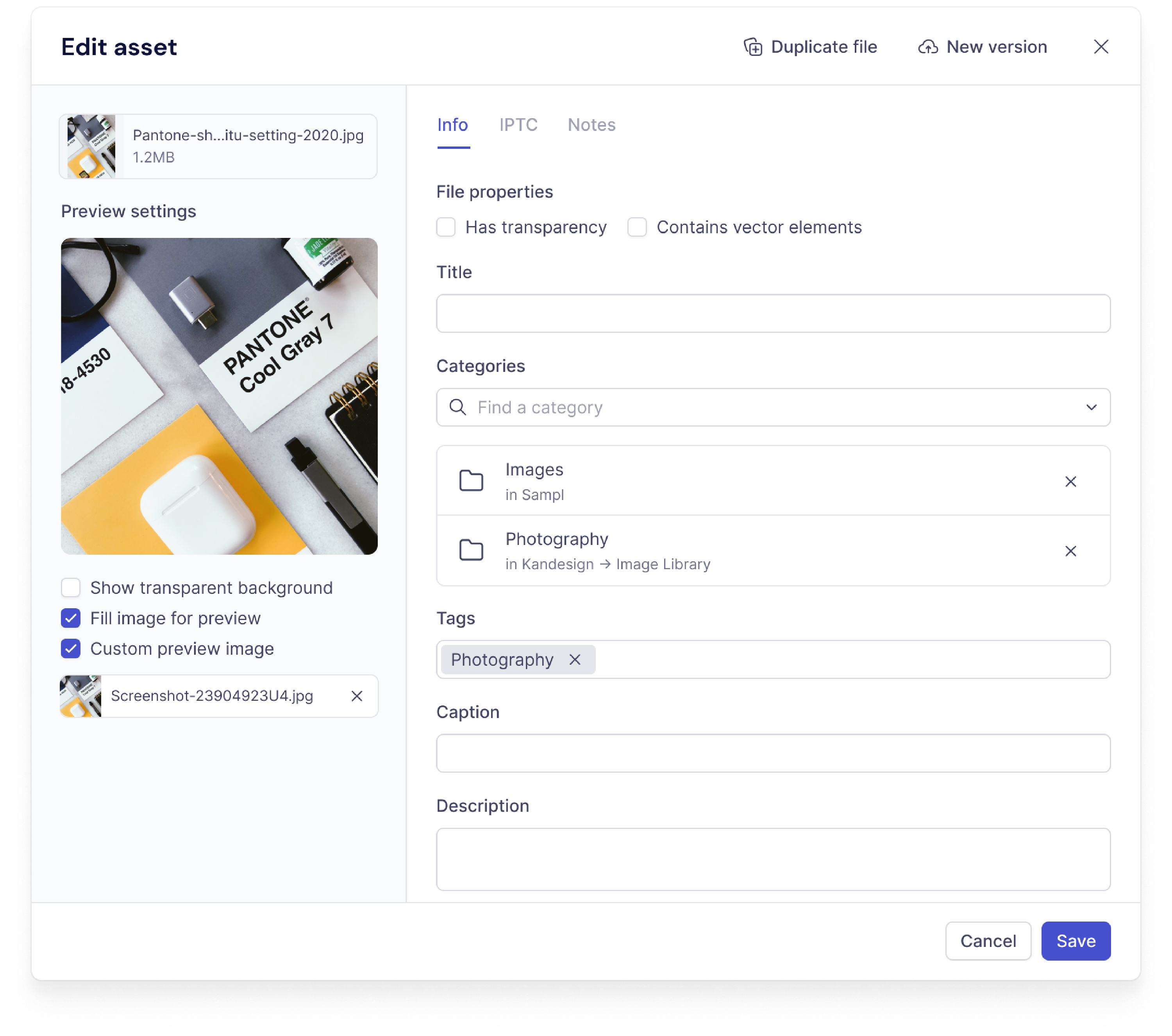 This part of the  Edit asset modal is the most advanced and can include many attributes depending on the metadata scheme created by the admin(s). By default, we always have a standard set of metadata attributes, but custom schemes can also be created by adding custom attributes. All of the available fields can be edited in this modal. We have also mapped the most common IPTC metadata to our default metadata.

Did this answer your question? Thanks for the feedback There was a problem submitting your feedback. Please try again later.